(or many other types of battery lights or torches)

My 3 year old grandson was, like most children of his age, a little bit afraid of the dark. He used to need a light in his room to help him get off to sleep. My daughter bought the push light shown in the photos below for only 50pence, but found that the batteries only lasted about 5 hours. I found that 3 leds would be bright enough to serve as a night light for this purpose. I gained a further battery saving by building the circuit shown and the overall effect was to increase the useful life of the batteries to over 150 hours. 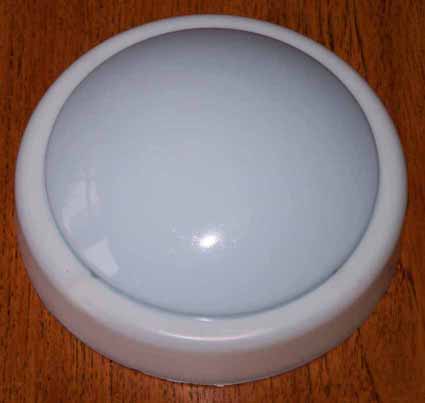 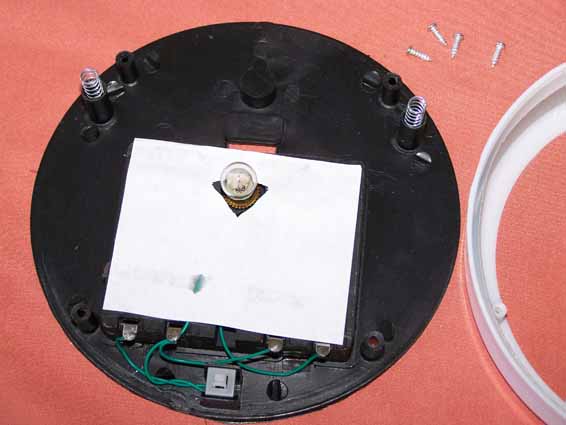 The photos above show the light as bought, before adaptation. 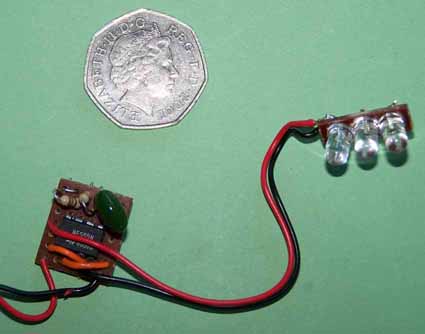 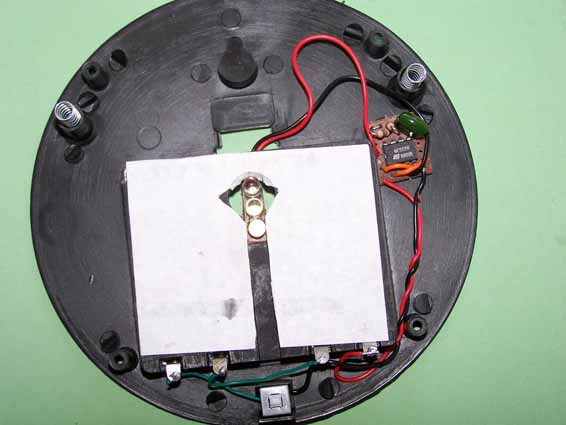 These photos show the completed circuit and the finished led night light. 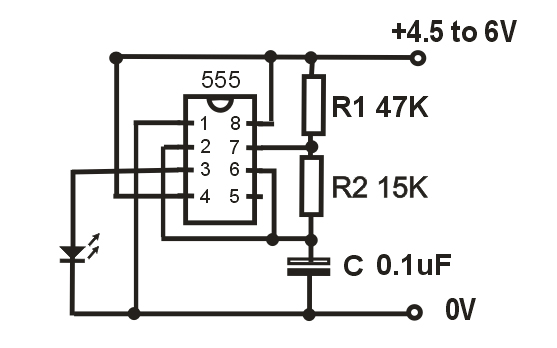 Here is the circuit.

The same circuit could be used to prolong battery life in many other types of battery light or torch (flashlight).